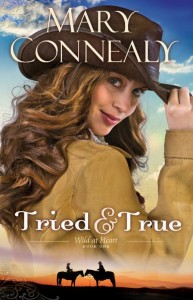 Tried and True, Book One in the Wilde at Heart series.

Saddle up for a wildly fun ride with the Wilde sisters!

Kylie Wilde is the youngest sister–and the most civilized. Her older sisters might be happy dressing in trousers and posing as men, but Kylie has grown her hair long and wears skirts every chance she gets. It’s a risk–they are homesteading using the special exemptions they earned serving in the Civil War as “boys”–but Kylie plans to make the most of the years before she can sell her property and return to the luxuries of life back East.

Local land agent Aaron Masterson is fascinated with Kylie from the moment her long hair falls from her cap. But now that he knows her secret, can he in good conscience defraud the U.S. government? And when someone tries to force Kylie off her land, does he have any hope of convincing her that marrying him and settling on the frontier is the better option for her future?

Learn more and purchase a copy at Mary’s website. 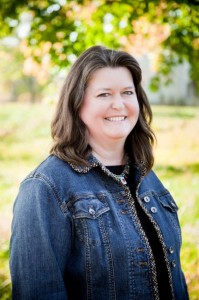 Mary Connealy writes fun and lively “romantic comedy with cowboys” for the inspirational market. She is the author of the successful Kincaid Brides, Lassoed in Texas, Montana Marriages, and Sophie’s Daughters series, and she has been a finalist for a Rita and Christy Award and a two time winner of the Carol Award. She lives on a ranch in eastern Nebraska with her husband, Ivan, and has four grown daughters.

Find out more about Mary at http://maryconnealy.com/.

I really enjoyed Tried & True ~ I would give it a 5 rating!  I can’t wait for the next book in the series. The 3 Wilde sisters were tough they fought in the war and when it was over moved out west with their father.  Each claiming their own land site.  They needed to live and work the land for 3 years and they were doing it disguised as men. Kylie the youngest sister hated dressing like a man, hated living out in the wilderness. She was not as handy working her property as her sisters who came to her aid often.  When the local land agent Aaron came along he knew she was not a man and someone he was very interested in. The only problem was that Kylie wanted to move back East and Aaron wanted to move more into the wilderness.