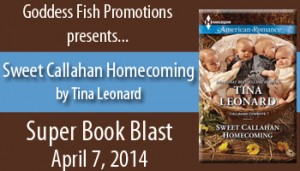 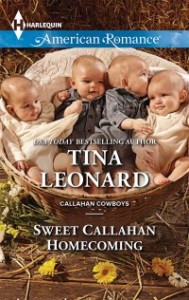 Will Ashlyn Callahan finally find her magic?  The last Callahan rides in the exciting conclusion to the bestselling series, The Callahan Cowobys!

Ashlyn Callahan has always known that her fate can only bring danger to those she loves. That’s why she flees Rancho Diablo—and the ornery cowboy she loves—to hide out in Texas Hill Country. But all hell breaks loose when Xavier Phillips finds her…and her four newborn babies.

Xav finally tracks down his warrior woman—only to discover she’s the mother of two perfect little boys and two perfect little girls. And he’s the father! Now Ash has to marry him. With the future of Ash’s entire clan at stake, Xav is ready to lay his life on the line to safeguard the family legacy. Not to mention create a homecoming—and a wedding!—worthy of his Chacon Callahan bride!

“WHAT DO WE do with him?” Mallory McGrath asked, and Ash tried to force her flabbergasted mind to think rationally. It wasn’t easy, and not just because Mallory had set off the panic button on the security system, which was wailing like mad. She crossed to the system pad and shut the silly thing off before staring down at the lean cowboy sprawled on the floor. How many hours had she spent thinking about Xav Phillips over the past few months, especially during her pregnancy? How many times had she wanted to call him to come to her, yet knowing she couldn’t place him in that kind of danger? Anyone from Rancho Diablo who had any contact with her would be in jeopardy—the Callahans had learned that the hard way, time and again, over the many years they’d battled Uncle Wolf and the cartel. It was no game they were playing, but a full-fledged fight for survival.

Sometimes it felt as though they were losing. It almost always seemed as if they might not ever defeat an enemy that was determined to destroy the ranch and the Callahan legacy. Good didn’t always conquer evil.

Ash knelt down to move Xav’s long, ebony hair out of his face. “Poor Xav. I could have told you that you should stay away from me.” The tree twinkled, sending soft colorful light against his drawn skin. “What am I going to do with you now?” she asked him, though she knew she wouldn’t get an answer.

She was startled when he opened his eyes. “Marry me,” Xav said. “You can marry me, damn it, and tell the woman with the wrought-iron Santa Claus she whaled upside my noggin that I come in peace.”

“Xav!” She wanted to kiss him so badly, yet didn’t dare. Of course his marriage proposal wasn’t sincere; clearly a concussion rendered him temporarily senseless. “Can you sit up? Mallory, will you get him a glass of water?”

“Who is he?” Mallory asked, reluctantly setting down her festive weapon.

“Just a family friend,” Ash said, her gaze on Xav as his eyes locked on hers.

“Friend my ass,” Xav growled. “Do you have any idea how hard it was to find you? Do friends search every nook and cranny of Texas and parts in between to find each other?”

“Definitely a concussion,” Ash said, frowning at the big handsome man, all long body and sinewy muscles. “I’ve never heard him talk like that.” 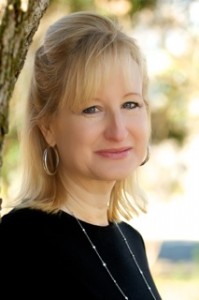 Leave a comment about Sweet Callahan Homecoming. Tina will be awarding one $25 Amazon GC to TWO randomly drawn commenters during the tour.