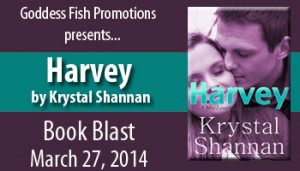 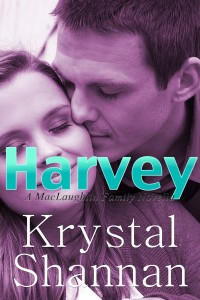 Olivia Hampton never thought she’d run into the guy of her dreams at a Gaming Convention, but when Harvey MacLaughlin introduces himself a woman can’t help but notice. He’s six and a half feet of tall-dark-and-yummy. Plus, he’s a gamer too. But, how do you tell the man of your dreams you decimate him at Soldier’s Call, the most popular FPS game of the year, almost every night?

Harvey MacLaughlin was interested in Olivia the second she stepped on the plane. When he sees her again in the convention hotel, introducing himself becomes priority number one. He may have started out just looking for company, but what he finds in the beautiful Olivia Hampton may be more than he ever dreamed.

Will a secret between them ruin their budding relationship? Or will Harvey take another path and turn the game on her?

“The wheels are turning, Liv. I can see them. What are you thinking?”

“I was trying to decide if I should invite you back to my hotel room.” Whoa! Where did that come from?

His eyebrows raised, registering his surprise, and his pupils dilated, indicating he was very aroused. She licked her lips and swore she heard a low growl come from his chest.

“Here we are, guys,” their waitress appeared with two plates heaped with steaming food. “Waffles and strawberries for both and then an extra plate of eggs and bacon for you.” She set the protein-filled plate in front of Harvey. “Also, a glass of orange juice.”

Liv reached and took the glass from her hand. “Thank you.” She sipped the sweet juice and stole another glance at Harvey. He met her gaze with silence.

What was he thinking now? She’d put it out there. Did he think she was crazy? Who sleeps with someone they’ve just met? Oh, God. He must think I just jump in bed with anybody.

“I’m sorry. That was really forward of me. I don’t…I just…” Now sentences wouldn’t even form. Her cheeks were hot with embarrassment. No doubt her face was redder than a tomato. “I’ve never done this before.”

“Done what? Gone out with a guy for dinner or slept with him?” His mouth didn’t curve into a smile, but his eyes twinkled with amusement. “I wouldn’t have a problem accepting your invitation if you chose to extend it.”

Liv took a bite of waffle, enjoying the crunch with the syrupy sweetness of the strawberry topping. She stared at her food and continued to eat in silence. His fork clinked against his plate too as he ate.

He wasn’t pushing or asking. He’d merely said he would accept if she offered. No pressure. But, what if she was terrible in bed again? What if there was something wrong with her?

Wouldn’t it be better to know right off the bat, instead of completely falling in love with a man and then finding out they didn’t want her because she sucked in bed? Her heart couldn’t take another bashing like Todd had dished out.

But, she didn’t want Harvey to think badly of her for being willing to fall straight into bed with him either.

She kept chewing and staring at her food. A few minutes later her plate was empty. She hadn’t said another word the whole time she’d been eating. Taking a deep breath, she looked up. His plate was clean too.

He was sitting casually in his chair, leaning back a little —watching her. He was gorgeous. She wanted to touch him. To feel him touch her. Damn it. I don’t know what to do.

“Can I walk you back to your room, Liv?”

“Yes.” The answer came before she thought about it.

He smiled and stood, extending his hand to help her up from her chair. She took his hand and fought the urge to shiver at his touch. He dropped some cash on the table and led her to the door. It was everything she could do not to plaster herself to his side on their way out of the restaurant.

The light breeze outside pushed the spicy scent of his cologne over to her. She took a deep breath and wanted to run her free hand across his chest. I’m going to maul him on the way across the street if I’m not careful. 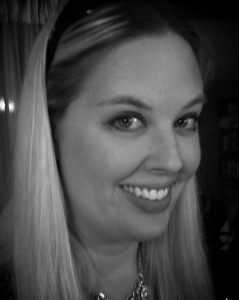 Paranormal Romance author, Krystal Shannan, lives in Texas and is married to the love-of-her-life. They have a spunky young daughter who believes in fairies. Krystal professes to loving shoes, but avoids wearing them at all costs. She teaches in the public schools and writes as much as she can in her free time. If any more spare time can be squeezed from her day, she enjoys reading romance in all genres, but especially paranormal. If it has a ‘Happily Ever After’, she’s on board!

She is an active member in her local RWA chapter DARA.

Putting Magick in Romance one Soul Mate at a Time.

Receive a free book for subscribing to my NEWSLETTER!

Leave a comment on the book. Krystal will be awarding a necklace pendant depicting the cover of Harvey to a randomly drawn commenter during the tour.