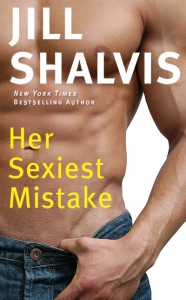 Mia Appleby finally has the life she always wanted. She’s escaped her trailer trash childhood and built a nice life for herself with a marketing job and a cute, little condo. But no matter how much baggage she’s ditched from her past, she still hasn’t managed to shake her greatest weakness-men. So when her new neighbor turns out to be single and oh-so-sexy, Mia’s worried she’s playing with fire . . .

Kevin McKnight can’t get enough of his gorgeous neighbor, but after one amazing night, she’s already showing him the door. Something tells him this is the way she handles most men. But Kevin is far from your average guy-and he’s ready to prove it to Mia. When a blast from her past shakes up Mia’s life in a major way, will she stick with her self-sufficient solo act . . . or take a chance leaning on Kevin’s strong shoulders?

The kiss started out sweet, soft, but cranked to intense quickly, a hot, deep, wet connection that reminded her that their bodies knew each other, craved each other like air, and that being this close was inviting the inexplicable maelstrom that occurred every time she let him put his hands on her. She stopped thinking then, just let herself feel, starting with the pure sensation of his solid, hard-muscled body against hers and ending with the heat of his mouth as he deepened the kiss.

He put his hands on her now, in her hair, holding her face, then with a groan glided them down her body, touching everything he could as he trapped her between the hard desk and his tough body. He stroked her breasts, then slid his hands beneath her clothes to warm her flesh with his hands, and the simmer burst into flames.

When he finally pulled back, she was grateful to have the desk behind her holding her up, because he’d just decimated her, burst right through her every single defense with one simple kiss.

Simple? Ha! She’d never been kissed, so thoroughly, so deliberately, so absolutely fully.

He staggered back a step himself, looking surprised and just as shaky. “There,” he said in a voice low and ragged and satisfyingly hoarse. “You’re finally speechless. I like you that way.”

She stared at him, let out a sound of disgust, and pushed past him to the door. “You’re an ass.”

She slammed the door behind her, a gaffe that surely announced in a scream how he affected her, but she couldn’t seem to help it. No more, she told herself. No more. She was Mia Appleby, ad exec, queen of her world, and no one made her crazy. She kept her cool at all times. 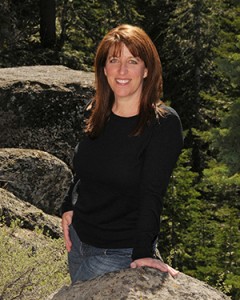 New York Times Bestselling author Jill Shalvis wrote RESCUE MY HEART and FOREVER AND A DAY, along with many other romance novels including her acclaimed Lucky Harbor series. The Rita winner and 3-time National Readers Choice winner makes her home near Lake Tahoe. Visit her website at http://www.jillshalvis.com for a complete book list and daily blog, and http://www.facebook.com/jillshalvis for other news.

To celebrate the digital release for HER SEXIEST MISTAKE, Jill Shalvis is giving away 25 copies to readers ~ enter below.