Texas Ranger Brody Calhoun is with his parents in west Texas when an unexpected attack injures the brother of Rebecca Morgan, Brody’s high school sweetheart. The local sheriff, a good friend, asks for Brody’s help. At first, it seems an open-and-shut case.

As Brody digs deeper, he realizes the attack may be related to an organized crime trial Rebecca will be overseeing. With Rebecca’s help, he compiles evidence involving cattle rustling, bribery and dirty payoffs that shatter the entire community and put Rebecca directly in the line of fire.

Brody expects to protect her. What he never expects is to fall for Rebecca all over again, or for a murder to throw the case wide open. Is Brody’s faith strong enough to withstand not only deep-rooted corruption and cattle rustling but also love? 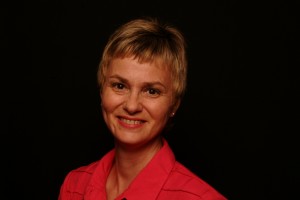 Margaret Daley, an award-winning author of eighty-three books, has been married for over forty years and is a firm believer in romance and love. When she isn’t traveling, she’s writing love stories, often with a suspense thread and corralling her three cats that think they rule her household.

To find out more about Margaret visit her website at http://www.margaretdaley.com.

Great story!  Rebecca Morgan was a judge working on a big case and strange things were happening.   Texas Ranger Brody Calhoun is there helping with security on the Ranch for Rebecca’s brothers birthday party ,as the Governor is attending.   Brody was a friend of the family and spent a lot of time on the ranch with Rebecca and her brother Thomas.  Brody had really liked Rebecca but never let her know his feelings.  The night of the big party Thomas was out in the fields and didn’t return on time.  So Rebecca went out to search for him.  She found tangled up in some rope and being dragged by his horse.  He was rushed to the hospital.  Was this just an accident?  or did have something to do with the case Rebecca was working on?  Other things happened like dead roses being delivered to Rebecca, a truck almost running her down when she was going to cross the street, a friend missing and a number of other things.  You will want to read  Scorned Justice to find out who is behind all these things.  I am sure you will like it as I did.  The ending was a surprise to me.