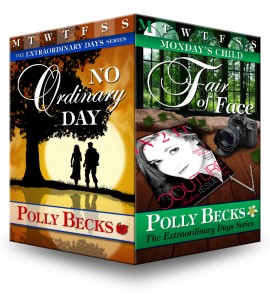 In the late spring of 1991, a flood and fire of historic proportions tore through the pretty resort town of Obergrande, New York, in the central region of the Adirondack mountains.

The twin disasters destroyed a large part of the east side of the town that bordered the Hudson River and Lake Obergrande.

In the aftermath, a new dam was built, and that damaged part of the town “drowned,” covered by the new, larger lake.

During that terrible flood, five kindergarten girls were trapped in their drowning school, huddled together as the water rose higher, rescued just in the nick of time. The nightmare bonded them, and three others like them, to each other for life.

These are their stories.

At more or less the same moment, about seven-hundred-fifty miles south of the same destination, another man who, by coincidence, used to ride a motorcycle was, also by coincidence, eyeing directions to the same place.

Behind him, a woman was loading up the car, an old Mustang.

She put the last of their bags in, making sure the snacks were in reach of both of the front seats, then shut the car door.

She came up behind him, wrapped her arms around his waist, and put her chin on his shoulder.

“Well, are you ready enough?”

The woman released him and turned him around. She put her forefinger and thumb under his chin and lifted it until he was looking at her, his eyes bloodshot and nervous.

The woman eyed him for a long moment. Then she gently brought her hand around behind his neck, pulled his head down and kissed him.

“Well, then, let’s go,” the woman said decisively. “It’s eleven hours total, but we’re gonna stop at that place in Scranton—the one you liked—”

“I’ll start out,” she said, catching the keys as he lobbed them gently to her and heading for the driver’s side. “You sleep—you don’t look like you did last night. You were tossin’ and turnin’ the whole time.”

“Well, fortunately I’m used to your nightmares, so I slept real well. I’ll wake you when we stop for lunch in Frederick, then you can drive to Scranton. Tomorrow the ride’s only, like, four hours—”

“Let’s go,” he said irritably, climbing into the car and pulling the door shut.

Polly Becks has been making her living writing for more than twenty years, as well as working as an editor, curriculum developer, and teaching secondary-school Spanish. She has more than 350 books to her credit, mostly educational materials, as well as professionally published fiction in both the adult and YA market in a variety of genres, plus more than 30 Children’s books. She is excited about exploring the digital literature frontier and is honored to be the launch series for GMLTJoseph, LLC. – See more at: http://www.pollybecks.com/author/#sthash.pEZ6f3xO.dpuf

Polly is awarding one randomly chosen winner via Rafflecopter one 3-foot long stem rose in a glass vase from TheUltimateRose.com or similar florist; US only. Make sure to follow the tour and comment; the more they comment, the better their chances of winning. The tour dates can be found here: