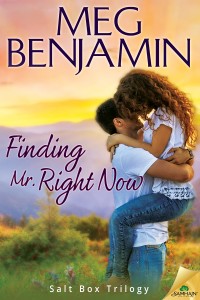 Monica McKellar, associate producer of Finding Mr. Right, is desperate. One of the show’s bachelors has bailed one week before shooting starts. She not only needs a replacement ASAP, he has to get the temperamental bachelorette’s stamp of approval.

Fortunately there’s a hot guy right under her nose who’s a perfect fit. Unfortunately, he pushes all her hot buttons. Until the show’s over, her hands—and every other part of her body—are tied.

When Paul DeWitt signed on to write for the reality show, “Bachelor #10” wasn’t supposed to be in his job description. He fully expects to be cut early on, which will free him to focus on the real object of his attraction. Monica.

Instead, he’s a finalist, and they’re all packed in an SUV climbing the Continental Divide, headed for Salt Box, Colorado. Where stampeding horses, vindictive tabloid editors, and one capricious bachelorette’s waffling over suitors may conspire to end Paul and Monica’s romance before it even starts.

All around them the crowd screamed. Paul ran toward the gate, along with three or four other men, aware of the crescendo of sound as he reached it. He pushed through to see Ronnie crumpled on the ground, the horse galloping by, seemingly inches from her body.

He started toward her, only to be shoved aside as someone ran in front of him. Someone else cannon-balled into his back.

“Ronnie,” Monica cried, trying to push by him.

He grabbed her around the waist, pulling her away. “They’ve got her. They’ll bring her back inside. You need to get back behind the fence.”

He had a confused impression of someone rolling the washtub out of the way, and then they were back in the walkway again, surrounded by hysterical people, Monica’s body pressed tight against his.

“Why the hell didn’t she let go?” Al Monteith shook his head, while Nona looked grim.

The gate opened again and Billy Joe stepped through, his arms full of Ronnie.

“Ronnie,” Monica cried, stepping toward her. “Oh God, somebody get a doctor.”

Slowly, slowly, one white hand fluttered up from Ronnie’s side to rest on Billy Joe’s chest. Even more slowly, her eyes opened.

All of a sudden, Paul had the oddest feeling that she’d been rehearsing for this particular scene most of her life.

She turned her head, staring up into Billy Joe’s face. And then her lips quirked up in an exhausted smile. “My hero,” she murmured. 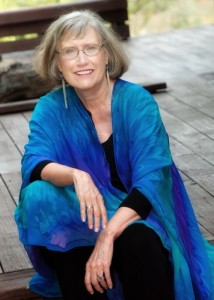 Finding Mr. Right Now was a good book.  I loved the characters and the story line.  The first Finding Mrs. Right had Ronnie as one of the contestants ~  When she wasn’t picked as the winner ~ the viewers were not happy.  They kept writing in and wondering what they were they were going to do about it.  So they decided to create a Finding Mr. Right.  When days before the filming was going to start one of the bachelors backed out and went back home they had to scramble to find someone else in a hurry.  They talked one of the writers into being the number 10 bachelor – he didn’t want to but figured he would be one of the early ones to leave.  You will need to read “Finding Mr. Right Now” to find out what happened!

Meg will be awarding a $25 Amazon or B/N GC to a randomly drawn winner via rafflecopter during the tour. Make sure to follow the tour and comment; the more they comment, the better their chances of winning. The tour dates can be found here: