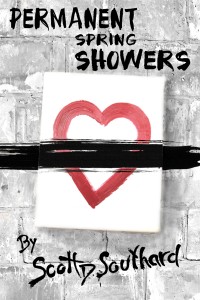 Professor Rebecca Stanley-Wilson is having a very bad season. The ramifications of one torrid evening with one of the great upcoming painters of his generation, will not only be felt across her life but over the entire art world. Sexy, funny, and very surprising, Permanent Spring Showers is the tale of one very memorable springtime and how it impacts a group of unique artists and dreamers. From the the hopeful Olympian with the failing marriage to the writer who is creating a new literary movement (through outright manipulation) to the romantic wondering what he did wrong to drive away the love of his life, each tale walks the line between reality and fantasy. And waiting at the end of the line is a very important painting… and possibly the revolver used in the Lincoln Assassination.

Yes, for the first time Marty was embarrassed that she was his sibling; a weird change he had to take note of. “But we all agreed with the story, Mary. You were the only one, the only one. The Benedict Arnold.”

Mary shrugged her shoulders, not hurt at all by the pronouncement. “You know I was right to do it.”

“No, you weren’t right.” Marty quickly walked over to stand in front of her, the size of Gordon almost blocking Marty’s view now of the cottage. “We all agreed. You nodded your head too.”

“It was a fake nod,” she said defiantly, as they began to once again argue like children.

“I did.” Mary said, letting go of Gordon and walking towards Marty, not giving an inch.

“How can any of our friends trust you, trust me anymore?”

“Because of my nod?”

“Your nod of lies, yes. I’m guilty by association with your nod.”

She pointed at herself. “I own my nod.”

“If that was only true. Your nod affects all of us. It is the plague of nods.”

“Marty,” a voice said simply to their left, interrupting their argument. They both turned together, perfectly in unison to face Jenn. She did not look at all happy to be seeing them, and in her black with the rain and the clouds of smoke in the distance, she almost looked like a specter of death. 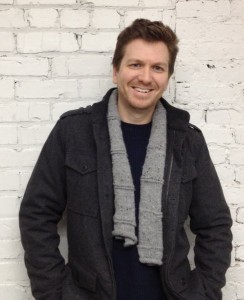 Scott D. Southard is the author of A Jane Austen Daydream, Maximilian Standforth and the Case of the Dangerous Dare, My Problem With Doors, Megan, 3 Days in Rome and Me Stuff in addition to his latest release, Permanent Spring Showers. His eclectic writing has also found its way into radio, as Scott was the creator of the radio comedy series The Dante Experience. The production was honored with the Golden Headset Award for Best MultiCast Audio and the Silver Ogle Award for Best Fantasy Audio Production. Scott received his Master’s in writing from the University of Southern California. Scott can be found on the internet via his writing blog “The Musings & Artful Blunders of Scott D. Southard” where he writes on topics ranging from writing, art, books, TV, writing, parenting, life, movies, and writing. He even shares original fiction on the site. His blog can be found at http://sdsouthard.com. Scott is also the fiction book reviewer for WKAR’s daily radio show Current State.

Scott D. Southard will be awarding a $10 Amazon/BN GC to a randomly drawn winner via rafflecopter during the tour, and a signed copy of his previous title: A Jane Austen Daydream (US ONLY) to a randomly drawn host. Make sure to follow the tour and comment; the more they comment, the better their chances of winning. The tour dates can be found here: