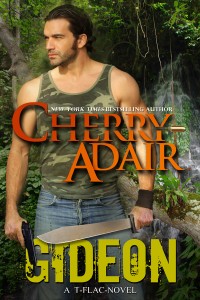 T-FLAC is back in an exciting action-adventure romance filled with danger, subterfuge and steamy, red-hot attraction.

NO MEMORY OF HIS PAST

Powerful cartel leader Sin Diaz lives a dangerous life filled with secrets and lies, and surrounded by people who claim to have known him all his life. Yet flashes of another life, totally unrelated to the jungles of Cosio, hang tantalizingly on the edges of his memory. He’ll trust no one until he recalls his true past.

NO DREAMS OF A FUTURE

T-FLAC operative Riva Rimaldi’s mission is simple. Go undercover, learn terrorist Escobar Maza’s agenda, then kill him. But when the helicopter she’s on crashes deep in the jungle of the small, volatile country of Cosio, she finds herself in the wrong hands. Is the sexy as hell leader of the ANSL, Sin Diaz, the enemy of her enemy, worse than Maza himself? Or is he someone entirely different than his reputation – and will he become her lover?

TOGETHER THEY HOLD THE KEY

Sin and Riva must work together to stop a madman who will go to any lengths to attain his terrifying goal. But can they unravel the truth in time? The timer is ticking.

What they don’t know could get them killed.

Her visions were never wrong. They always came true. Could the circumstances leading up to them be changed, and would that change negate the outcome? Possibly. Problem was, she didn’t have visions for herself. This vision was Sin’s future.

It told her no matter how much she resisted, how much she fought him, they were going to have sex. Not only were they going to connect, she was damn well going to enjoy it. The future image was so powerful she almost reached an orgasm, as her vision of the future merged with what was happening in the now.

Her fists unfurled. Her fingers gripped the soft, damp hair on his hot, naked chest as his fingers dug into the balls of her shoulders. No room to move, no way other than to stand on her toes to better reach his mouth. Eyes squeezed tight, Riva lived a duel sensation as he kissed her in the now, and her mind showed her their future in sensual Technicolor.

The morning sunlight flooding the small hut faded. Cave-like darkness surrounded them, and there was nothing but the feel of him surrounding her. No, damn it. That was the vision. It didn’t have to happen. She, like the prisoners, could zig instead of zag. She’d make different choices. Make damn sure that never happened.

In the now, he was only kissing her. His hands were on her shoulders, holding her in place.

It was just a kiss. 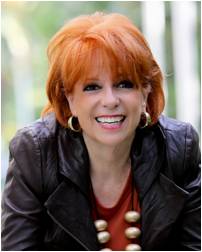 New York Times/USAToday Bestselling author Cherry Adair’s innovative action-adventure novels have appeared on numerous bestsellers lists, won dozens of awards and garnered praise from reviewers and fans alike. With the creation of her kick butt counterterrorist group, T-FLAC, years before action adventure romances were popular, Cherry has carved a niche for herself with her sexy, sassy, fast-paced, action adventure novels. She hates first drafts, has a passion for mentoring unpublished writers, and is hard at work on a new T-FLAC trilogy. Cherry loves to hear from readers.

Cherry will be awarding a $25 Amazon or B/N GC to a randomly drawn winner via rafflecopter during the tour.  Make sure to follow the tour and comment; the more they comment, the better their chances of winning. The tour dates can be found HERE.