The top colleges in the United States have very high standards in terms of the students they will accept. This means that you need to have an outstanding academic record in order to even be considered for acceptance into one of those schools. There are a number of things that a student can do to make his or her chances of getting accepted into a great college much better than they would be otherwise. The competition to get into these schools is fierce. Therefore, any advantage you can give yourself is something you should strongly consider. Here are some things for you to keep in mind.

1. Think about going to a college preparatory school.

The academic differences between high school and college are like night and day. It would not be a good idea to walk into a college without knowing what to expect. This might cause your grades to suffer because you did not think the academic work load in college was going to be so huge. A college preparatory school will show students everything they need to know before they set foot in a university. Students can take classes that relate to their chosen major. This will help set you on the right path towards earning your college degree. Landon School is an example of a college prep school that has been around for many years. Getting a Landon School education would be a huge advantage for you in your academic career.

2. Make academics your top priority during your high school years.

There are a number of factors that colleges consider when they are deciding whether or not to admit a student. Obviously, academics are incredibly important. You need to keep your grade point average very high if you have any hope of getting accepted into any of the most prestigious schools in the United States. This means that you need to buckle down and study hard. This might not be easy for you to do. You will want to go to parties, hang out with your friends and play video games. You need to understand that getting into a highly ranked college will require a large amount of sacrifice on your part. You need to put your academics ahead of the fun activities in your life. There will be time for fun later.

Most people have one or two subjects they have a hard time with. This is perfectly normal. You would be wise to seek help with the subjects that you are struggling with the most. Most schools have people that work as tutors. They will be able to work with you on a regular basis to get you to a point where you can pass the class. You need to understand that there is no shame in asking for help. Do not let your poor performance in a certain class take down your grade point average. Tutoring can allow you to get a grade that is better than you thought possible.

Another one of the acceptance criteria that is commonly used by colleges involves extracurricular activities. Colleges generally value students more if they are involved in various clubs or if they play at least one sport.

If summer 2016 bought us 70s styling then 2017 is definitely all about the 80s and what a box of fashion oddities and delights are being unleashed on an unsuspecting crowd that missed out the first ‘Hammer’ time round.

Everything is back – from shoulder pads to oversized shirts and not forgetting Adidas originals shoes, the must have accessory for any right minded fashionista, restyled for 2017 without losing any of that cool Bel Air edge.

So let’s take a trip down memory lane and check out the top 80s trends that are hitting the high street this summer. 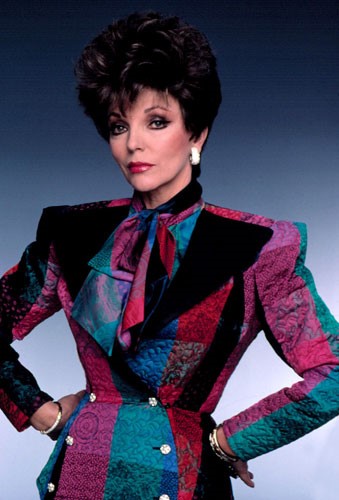 Power dressing was big news back in the 80s as women began to assert themselves and their position as equals within the workplace. Women were starting to take positions of power and Dallas brought us shoulder pads that an Olympic ski jumper would be proud of. Shoulder pads are back – perhaps not with the same knife edge cut of 30 years ago but the broad shoulder is definitely back in fashion and perhaps this is a reflection of how women are feeling at the moment in a world dominated by political uncertainty, war and unfair immigration policy.  Will the return of the shoulder pad signal the rise and rise of women’s lib, if not a more gentle version?

If shoulders were big, skirts were tiny in the 1980s. Women seized their sexual liberation by wearing decency defying denim with pride and a touch of satisfaction.  In 2017 the mini skirt hardly seems riske given the surge in ever more revealing outfits worn by celebrities such as Miley Cyrus but it is going to be a summer staple this year so polish those pins and get strutting your stuff. 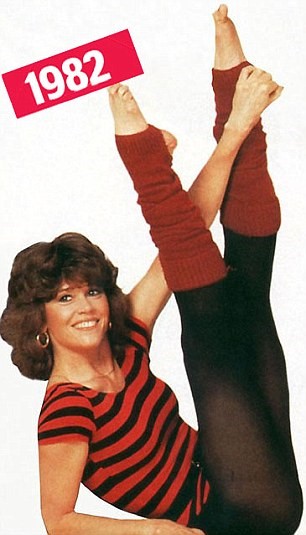 Picture from the Daily Mail archives

With all of those mini skirts it was inevitable that in the 80s we were cold! Never fear though fashion gave us the answer in the leg warmer. They began life teamed with lycra body suits worn by fitness fanatics such as Jane Fonda but soon ditched the aerobics class and moved into the pubs and clubs and brought with them the strangest neon woolen accessory perhaps ever imagined.  Leg warmers have enjoyed a surge in popularity despite no one really knowing what they’re for – luckily however the lycra all in one has remained firmly where it belongs, back in the wardrobes of 1980s TV fitness freaks.

Like dodgy hood ornaments we flaunted our stretched lobes laden down with fake gold, glitter and tassels like homemade kindergarten art projects. If earrings weren’t ridiculously big, uncomfortable, impractical and gaudy then they didn’t belong on the ears of any serious fashion follower. Massive earrings make their return with all of the drawbacks they had the first time round only now with the fashion for multiple ear piercings there are just more holes to fill up with jangling jewellery.

Madonna was the Queen of the fingerless glove but they weren’t just popular in pop culture, they seemed to purvey every genre of music from the new romantics like Adam Ant to rock. Again another fashion question mark in that as most were made of lace and fingerless they didn’t really function that well as gloves but hey if they made you feel like Lady Chatterley and meant that you could safely ride the subway without fear of touching something suspect they were good news all round.  What’s more in today’s touch screen world there is no need to remove them when texting or using your tablet so they are designed to be gadget friendly! 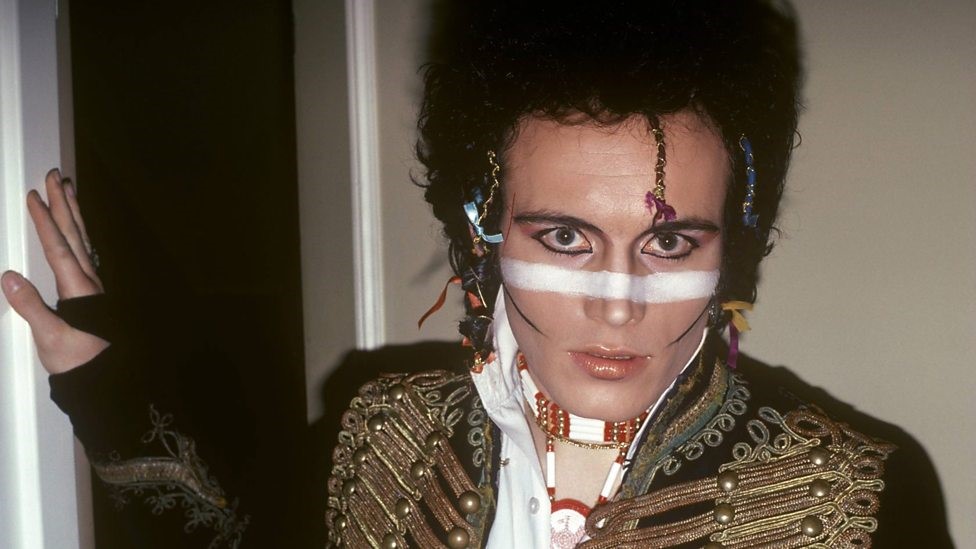 Adam Ant courtesy of the BBC

With the yoga explosion over the last decade it was inevitable that parachute pants would soon make a comeback. The great thing about their cut is that they failed to flatter anyone so it didn’t matter what size or shape you were you looked pretty ridiculous wearing them so they were definite fashion levellers. Happily for 2017 they have returned with a better cut, in more subtle prints and colours and with less of a contrast between the stomach cutting waist band and billowing bottoms that made it difficult to negotiate stairways. In the 1980s parachute pants were designed for men but in 2017 it is women fashion labels that are picking up the design so perhaps this is the explanation for the slightly more refined styling?

If you wanted to be part of the club you had to own the jacket.  No substitute or imitations would do in the 80s. They were worn loose with the sleeves pushed right up to the elbows – which has handly been designed into the modern versions with cut down sleeves that prevent baggy excess material but lose some of the original laissez faire styling of the proper members only jackets.

Like everything in the 1980s tops had to be big, colourful and completely shapeless. It was androgyny at its best and the look was everywhere from TV sitcoms to your Mom and Dad. If they had buttons they could be worn open over another layer of baggy material or if a single layer could be teamed with a belt to give the illusion of a wait underneath all of that ruffle. They are a festival fashion staple in 2017 – worn over leggings or tights with pithy slogans and clever prints, the oversized top has become even bigger reaching almost dress status. They are also great for hiding that post-dinner tummy so unlike some of the other trends that have found their way back into our wardrobes the oversized top has some real value – just stay clear of the belt.
So the 1980s are back with a vengeance – it’s nice to see the return of colour, expression and experimentation in fashion – something the 80s cultivated to the extreme. If you want to really rock the 80s look don’t forget the gaudy makeup, permed and tousled hair and chewing gum. Well maybe not!

Whether it’s your mom, sister, or even daughter, fashion is a great route to go down when it comes to picking out a gift. After all, we all love to replenish our wardrobe as much as we can. In fact, shopping is one of our favorite hobbies. And if your female friend loves to be on-trend when it comes to fashion, a new piece of clothing, shoes or jewelry will go down a treat. Therefore, here are some fab gift ideas for the fashionista in your life.

Opt for a beautiful new handbag

A great handbag is an excellent way to complete an outfit. After all, it can turn heads if you have an eye-catching bag hanging on your shoulder. Therefore, if you want to get a great present for a fashionista, you should go down the bag route. For one thing, you ought to opt for a tote bag which is an excellent accessory for a casual outfit. And it can take the outfit easily from daytime to night. To ensure it’s fitting for the summer ahead, you might want to go for a pale pink or white. Or if the gift receiver loves to go on nights out, you might want to opt for a small clutch bag. You can never have enough of these in your wardrobe! And it means you can go for something sparkly to ensure they look fabulous on their night out. 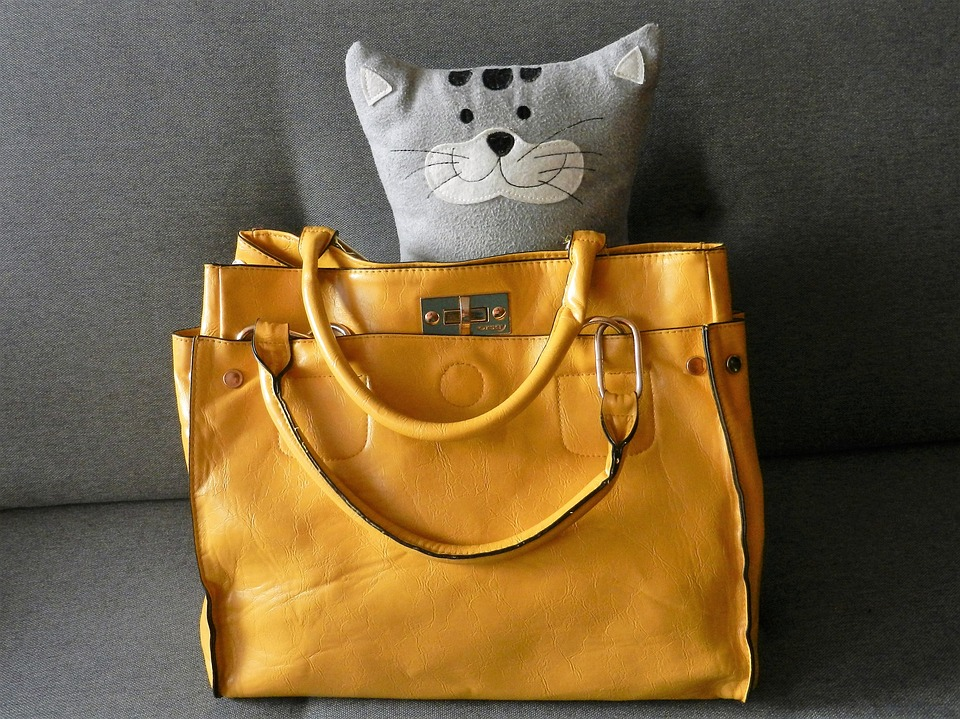 Pick out some classy jewelry

Jewelry is always a good option to go for when you are looking for a gift for your fashionista buddy. After all, it’s hard to go wrong when it comes to bling. First things first, look at the current pieces your friend already has in her closet. After all, you want to go for something which suits her current style. Then you can think of colors which would compliment her skin tone. After all, you want something which will ensure she looks beautiful. If the piece of jewelry is for your mom, you might want to go for a classic piece. For example, a beautiful diamond ring would be a great piece of jewelry for your mom’s collection! You can look online to find the real cost of a 2 carat diamond to ensure it’s something that you can afford. And if you are opting for something for your daughter, there is plenty of help and advice online for pieces of jewelry she will love. After all, she will want to make an impression with her classy jewelry when she goes through the school gates! 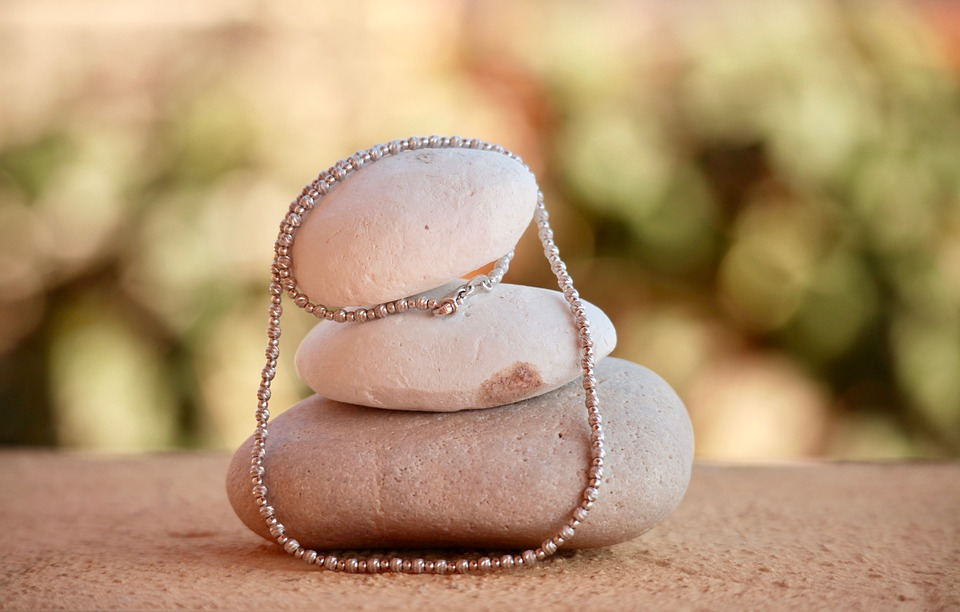 And organizing a session with a personal stylist will also go down a treat.